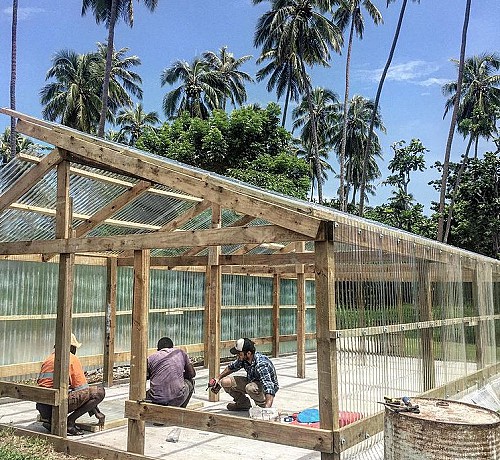 Discus Holdings Ltd. usually supports Vanuatu's economy through the citizenship by investment program. However, we also donated now 10,000 USD for local agricultural projects to help the recovery from the past cyclone's destruction.

The donation from Discus Holdings Ltd serves the local people to buy raw materials to rebuild the villages of Malakula island. It is the second-largest island of Vanuatu.

The donation was enough to build a new dryer room to support the cacao production, purchasing grass cutters for the communities of West and Northwest Santo, and also for 300 bags of rice. In Vanuatu, nearly 9,000 smallholders engaged in cocoa production.

Vanuatu needs help to be able to recover after the last couple of years of catastrophic natural disasters. Vanuatu's common natural hazards include several cyclones annually, volcanic eruptions, floods, earthquakes, tsunamis, droughts, and the ocean's level rises as well. The tropical paradise country is located on the Pacific 'Ring of Fire' at the meeting of two tectonic plates, endangering the island nation with frequent earthquakes.

In 2020, Cyclone Harold rocked the island nation; it was the second category five storm to hit the country in five years.

Meanwhile, magnitude-5+ offshore earthquakes occurred in the Coral Sea several times; the last magnitude 5.1 earthquake hit Vanuatu on 10 April 2021. Moreover, Vanuatu has nine active volcanos. The last eruption happened in 2020 when the Yasur volcano caused devastation as the others before.

Critics of the citizenship by investment programs often forget that these schemes help the endangered Caribbean, European and Pacific island nations to survive the consequences of their location (and the global warming caused by those countries, who are monitoring these sovereign states and have doubts about the future of these "passport in exchange for investment or donation schemes.")

Thanks to the citizenship program, Vanuatu can also finance its generous Covid-19 stimulus packages and fund the projects independently.

Dominica and Vanuatu are the two countries hit the hardest by cyclons and other tropical storms among the nations with CIP programs. The funds and donations arriving from the wealthy help these countries recover and provide health care, safe housing, and a viable future. If you are interested in becoming a citizen of Vanuatu and help the island nation face nature's challenges, please read here all the detailed information!

« RETURN TO ALL NEWS